A whopping 88 per cent of Australians use another device while they watch television.

So it makes sense for Facebook to take on traditional and new wave video channels by creating a one-stop place where users can watch and discuss their content.

From August this year, Facebook will no longer just be a place where you can discuss your favourite television shows, it will be a place you can watch them as well.

The social media giant is rolling out its new video platform which aims to compete directly with YouTube, streaming services and traditional TV. There are even plans to produce content in-house, just like Netflix.

All of this can be accessed by a 'watch' tab on their feed, and it will tap into the social media component by allowing options to see what your friends are viewing and engage in discussions with them.

There will even be sections like 'Most Talked About' to spark conversation between users.

"Watching a show doesn't have to be passive. It can be a chance to share an experience and bring people together who care about the same things," Facebook founder Mark Zuckerberg said.

Facebook's move to weave streamed content into its own platform and directly compete with the major players is enormous.

And Zuckerberg is not the type to roll up the sleeves and punch on with media giants without a solid reason for doing so.

What makes this platform very different to others is the ability for users to generate their own content.

This creates a new avenue for business to engage with their audience through video, by generating content that can be widely viewed and discussed on the same platform.

YouTube has this functionality to a degree, but is not widely known as a place businesses can go to reach their clients.

"We’re excited to see how creators and publishers use shows to connect with their fans and community," it read.

Video content is already the No.1 reason Facebook posting 45 per cent profits in the last 12 months and 17 per cent growth year-on-year. This function is only going to boost that, meaning businesses are going to be able to reap all of the rewards. 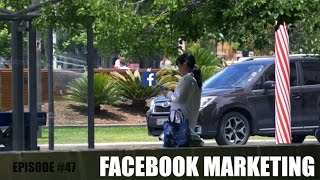